We are happy to announce our newest feature: The Yearly Dashboard. Until now we had sent our users yearly reports summarizing how their year had gone. But with our new yearly dashboard, that information is now available all the time. Plus, we added some cool new charts too.

With the introduction of the Yearly Dashboard, we took the opportunity to work on a new type of chart: the Horizontal Bar Chart. We like it, because it best displays the relationships between various categories and is a good tool to display sales breakdowns. And because it is so easy to read, soon you will be seeing it in many different places on Stock Performer! 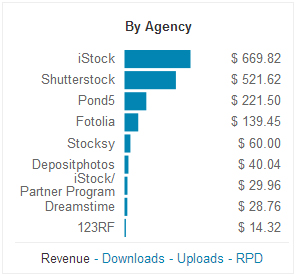 In fact, we allow you to compare more than just the total values. The Sales Breakdowns Charts also show the comparison values. In the following sample screenshot, you see a revenue comparison by agency between 2013 and 2012. Revenue on Shutterstock increased by +73% while it decreased on iStock by 16% during that same period. 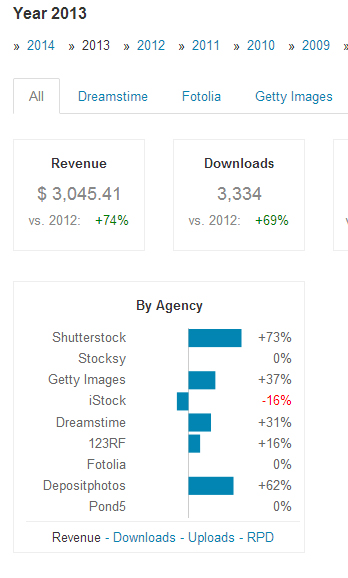 Yearly comparisons for a wide variety of sales attributes will let you pinpoint exactly how the industry evolution is affecting you and how best to react.

Click on “Year to date” and it will take you there. Your dashboard is divided in an “All” section, with all summarized data, and then one section for each agency. For each agency we will give you the sales breakdowns relevant to that agency. Here is a sample screenshot of iStock demo data for the 2014 Yearly Dashboard: 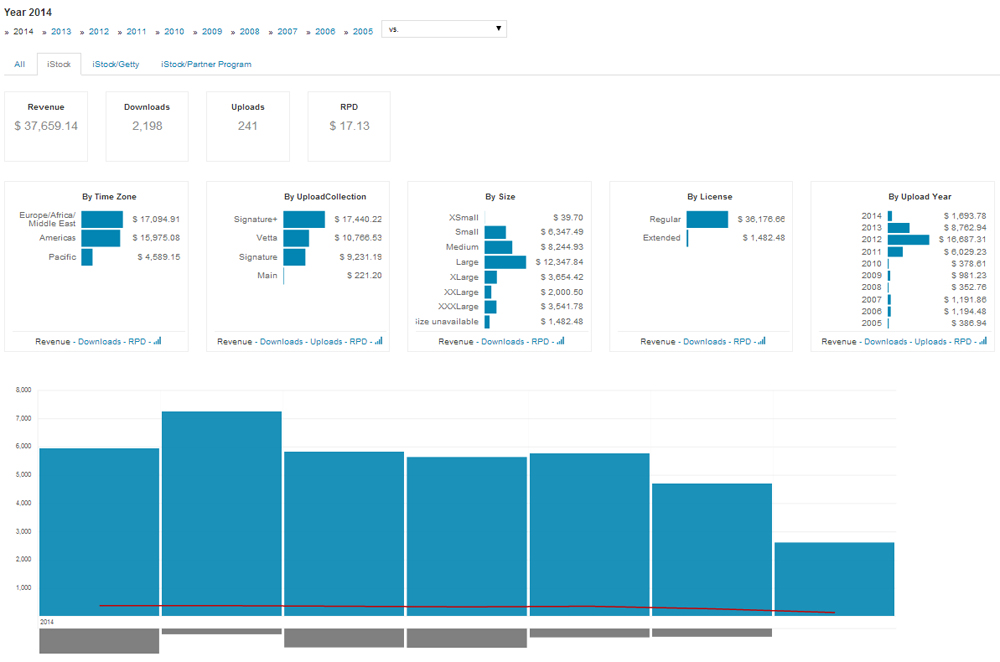 Briefly looking at the sample yearly dashboard you learn that:

Go ahead and play with your Yearly Dashboard to discover what indicators are important to you.

Want to try the new Yearly Dashboard? Sign up to Stock Performer, the first month is completely free!